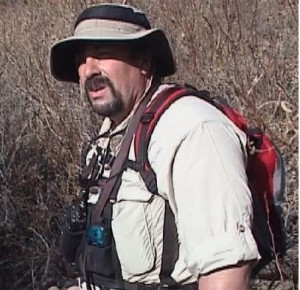 Murray S. Craig is an entrepreneur and second-generation aviation expert who is the founder and CTO of Firestorm Emergency Services, LTD. Firestorm has developed the Tigerstrike technology for search rescue direction finding. Craig’s storied career ranges from the successful development and sale of several software companies to award-winning work as a Lieutenant Colonel in the Civil Air Patrol as well as having aided the recovery effort of the Space Shuttle Columbia crash.

Firestorm is the only Handheld ISR manufacturer of the patent pending highly compact intelligent RF direction finding set of capabilities that are in further enhanced when utilized with the capability of the UAV. The Tigerstrike technology uses proprietary multilevel functionality that accommodates both geolocation from a GPS equipped transmitter to a radio transmission source of any kind from 100 MHz to 2 GHz. The unparalleled accuracy when networked with other Tigerstrike devices provides an immediate solution in geo-locating the target.

Firestorm currently provides these products in the hand held ground based platform to selective government agencies and search and rescue organizations. By integrating this sensor technology with a micro UAV, firestorm has effectively created the opportunity for small to intermediate organizations to have similar capability is a multimillion dollar UAVs.

A lifelong visionary and entrepreneur, Craig was the founder of the first aviation software company to take FAA regulations apply it to each aircraft via a 3D model. Craig’s career began as flight dispatcher for Canadian Pacific Airlines, and he served several computer companies in management and marketing capacities before founding his own firm. Prior to licensing his firm’s technology to Texas Instruments in 1993, Craig earned the Award Canada Medal for Entrepreneurship, and received a Special Technology Award from the Ministry of Technology in British Columbia for his developments in 1984. Craig is a former member of MAPICS, CAPICS, FAMA, the International Helicopter Association, and the National Business Aviation Association.

Craig began his Search and Rescue training with his father, the Chief accident investigator for Canadian Pacific Airlines (Canadian) in the 60s by accompanying him to several crash sites. In 1972, Craig earned a HAM radio license and began his SAR career during the annual Hyak Canoe Festival race through the rapids of the Fraser River. From 1976 to 1984, Craig was the Communication Unit Leader at the Abbotsford Air Show.

In 1985, Aircraft Maintenance Software earned Craig the Canada Medal of Excellence Award in the Entrepreneurship Category (Runner-up). This award was presented by Canadian Prime Minister Brian Mulroney at an award ceremony in Ottawa, Ontario. Craig took that company as the President, Airborne Data Systems Inc. public in 1986 on the VSE. In 1987, he partnered with Teledyne Inc. and wrote Aircraft Maintenance and other application software and licensed that technology to Texas Instruments in 1993 and retired as the CEO. In 1999, working with IBM, Craig created a knowledge-based AI software company as the CTO, IDSI, and in 2003 donated a laboratory to Pepperdine University, in Malibu, called the “Murray S. Craig Digital Democracy Laboratory” and published an IEEE paper on eDemocracy.

In 2003, Craig and his son participated in the Columbia Shuttle recovery as a CERT Team from Emerald Bay, CA. He worked his cadaver-trained dogs in Nacogdoches, TX, while his son worked as a radio operator for a search team. Craig received an award from President George W. Bush for his service and a Presidential Lifetime Achievement Service award.

Craig is currently an active member of the Coos County SAR program and is developing a UAV program with his 2 DJI UAVs, as well filed the FAA 333 Exemption.