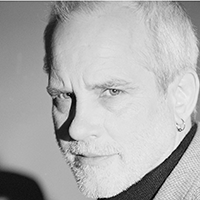 Michael Chambliss is a technologist and business representative for the International Cinematographers Guild (ICG), IATSE Local 600, focused on new production technologies impacting directors of photography and their camera crews. He has been working closely with FAA-exempt UAS motion picture and television aerial operators, regulatory agencies, insurers, the Industry-Wide Labor and Safety Committee for the Motion Picture and Television Industry, the guilds, and community-based UAS groups to implement UAS technology as a new visual storytelling technique.

A specialist in motion picture and television production technology, Michael has been part of the development of patented workflow innovations and on-set robotics systems and has served as a consultant for venture investment groups. He is a member of the American Society of Cinematographers Technology and the Virtual Cinema Committees and is the ICG’s representative on USC’s Entertainment Technology Center projects.

Prior to ICG, Michael was a principal of Chambliss-Wolff Films, a TV commercial production company. He was also a director of photography and camera operator on motion pictures and television series and earned a Peabody Award as the director/DP on a documentary. His credits include “Traffic,” “Rat Race,” “Perfect Storm,” “The Italian Job,” “Ocean’s 11,” “Scrubs” and “Pushing Daisies.”

Michael’s photography and paintings can be found in the permanent collection of the Art Institute of Chicago and Museo Victorio Macho (Spain), and were selected for inclusion in an Eames Design Group exhibition.