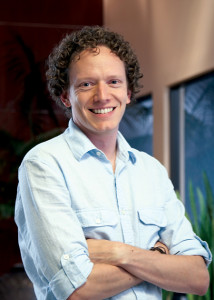 Jonathan Downey is the Founder and CEO of Airware, a San Francisco-based company that has developed an operating system for commercial drones, allowing enterprises to take full advantage of aerial data for any commercial application. Airware’s Aerial Information Platform combines hardware, software, and cloud services to enable companies to quickly customize, efficiently manage, and safely and reliably operate commercial drones at scale. Jonathan is the General Partner for Airware’s Commercial Drone Fund, a fund launched to accelerate innovation in the commercial drone space. He is also a member of the Board of Directors for the Association for Unmanned Vehicle Systems International (AUVSI), the largest unmanned systems organization in the world.

Jonathan began working on the development of small UAS over a decade ago by designing a modular avionics system while pursuing his B.S. in electrical engineering and computer science at the Massachusetts Institute of Technology (MIT). After graduation, Jonathan joined Boeing as a software engineer and contributed to the development and flight testing of the A160T Hummingbird, a 6,500 lb fully-autonomous helicopter, which broke the world record for longest endurance helicopter flight and regularly flew within the National Airspace System (NAS).

Jonathan founded Airware in 2011 due to both personal and industry frustrations with the inflexible and costly “black box” autopilots on the market which impeded the development of drone solutions for an increasingly diverse set of commercial applications. He has since led Airware to raise over $40 million in venture capital from top investors in Silicon Valley including Andreessen Horowitz, Kleiner Perkins Caufield Byers, First Round Capital, Google Ventures, GE Ventures, and Intel Capital. He is an instrument-rated commercial multi-engine pilot with experience flying small singles up through twin turboprops.