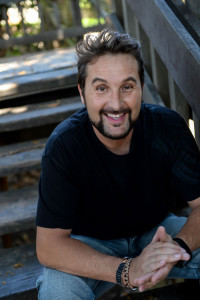 John has 20 years experience of serving within and supporting Naval Special Warfare in the areas of technology and innovation.  John’s visionary technical and operational expertise spans research, development, and testing, as well as, the application and tactical integration of technologies various programs.

John’s professional experiences span combat action, military special projects and information technology startups. John has been instrumental in the successful development and integration of some of the earliest technical sensing capabilities to be fielded by the Department of Defense, Special Operations Forces and Naval Special Warfare.

John continues to be a trusted advisor for Naval Special Warfare and USSOCOM (United States Special Operations Command), as well as, industry on the future direction for products, capabilities, and doctrine for existing and emerging technologies, such as Unmanned Aerial Systems, Remote Sensing Systems, and Unattended Ground Sensing Systems.  John is a member of the AUVSI (Association for Unmanned Vehicles Systems International).

In addition, he participates in speaking engagements on issues including being a Navy SEAL, unmanned systems, the innovation process, product development, leadership and startup companies. He also has multiple patents pending with the United States Patent and Trademark Office. John holds a B.S. in Information Technology and resides in Chula Vista, CA.

Presently, John is highly involved in the canine community.  He is currently the General Manager for SMRTDOG.COM (a canine behavior and dog training company). John and his wife, Jamie, are involved in many canine related projects, some of which include, scent detection with multiple species and working with various providers in an effort to place service dogs with veterans.  John is a member of NACSW (National Association of Canine Scent Work).