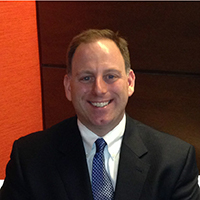 Jeffrey Antonelli launched one of the first Drone/UAS Practice Groups in the country in 2014 after discovering drone technology in his RC aircraft hobby. The practice has now grown to more than 50 clients nationwide including billion dollar engineering, construction, and telecom concerns, GIS professionals, cinematographers, real estate companies, a news organization, and a forensic specialist. In addition to providing Section 333 and Public COA services, with the firm advises clients on complex aviation needs, digital privacy, tax, contracts, intellectual property, employment law and civil litigation. This is made possible in large part due to his co-counsel Kate Fletcher, attorney and pilot for the world’s largest airline; Washington DC regulatory and telecommunications attorney Mark Del Bianco; and aviation consultant Douglas Marshall.

Jeffrey is a member of the federal trial bar of the Northern District of Illinois and is admitted to numerous federal courts around the country. He has been a civil litigator for 15 years in a broad range of actions representing corporations and individuals as plaintiffs and defendants in federal and state court.

In late 2015 he founded a TourFPV, a tourism company whose aim is to provide live aerial tours by drone, narrated by tour guides. He is finding the challenges of local city approval in Chicago to be more daunting than the FAA challenges of Section 333.

Before attending law school, Jeffrey was interested first in business, and then in biomedical ethics. These interests led him to graduate from the nation’s largest philosophy department at Loyola University in Chicago, where some of his favorite (and most challenging) subjects were cognitive science and philosophy of science. During college he held positions at the University of Chicago’s Ben May Institute, as a medical assistant for a University of Chicago surgeon, and volunteered in the emergency room at the University of Chicago Hospitals. These experiences led to his studying health law at the DePaul College of Law where he earned his law degree and certificate in health law. At the time he was accepted, DePaul’s Institute for Health Law was consistently ranked in the top 10 health law specialty programs nationwide.