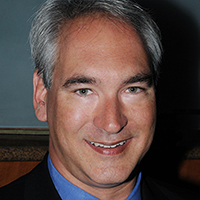 In 2002, Jeff developed autonomous, ultra-light civilian UAV technologies that were later used for low altitude pollen research by a major university. While at kVA Effects®, he continued to develop miniature aircraft for special effects teams, professional cinematographers and research agencies earning more than 1000hrs. as a remote pilot flying fixed wing and multirotor aircraft in the >10lb. weight class. In 2013, he designed and fabricated the Monarch AG agricultural drone for Monarch Inc., an unmanned aircraft manufacturing firm in Ridgecrest California. The Monarch AG is the first commercial multirotor to be granted a COA and corresponding “N” number by the FAA (N537RM, 2014) and was used to produce detailed 3D photogrammetry maps for the State of California.

Today, Jeff works as Senior Aviation Analyst for RAS Consulting and Investigations, a private security firm in Hermosa Beach, California where he advises clients on the acquisition and use of sUAS and CUAS technology. He also serves on the Board of Directors of the CUAS Coalition, a Washington D.C. public policy advisory panel and is the Senior Technical Advisor to SkyFire Arts, a Souther California special effects company. He enjoys building working systems for the agricultural industry, promoting positive dialogue with elected representatives, consulting to industry leaders and advancing the technology of aerial robotic systems.