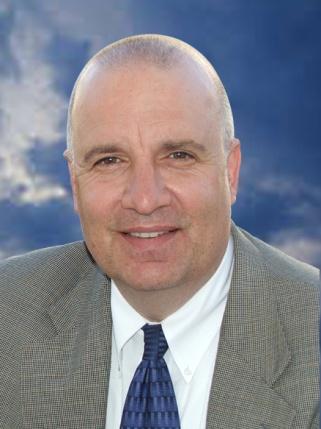 Doug began his aviation career in 1984 as an FAA air traffic controller at the Jacksonville Air Route Traffic ControlCenter (ARTCC). He completed staff time in Traffic Management, Military Operations, and Airspace and Procedures and served as a first-line supervisor at the Atlanta ARTCC before moving to FAA HQ in Washington DC in 1997.

He served as the manager of Enroute Procedures in Air Traffic before going on to be the Special Assistant for Technical Operations to Mr. Steve Brown, the Associate Administrator for Air Traffic Services. After the events of 9/11, Doug was assigned to Colorado Springs as the FAA Liaison to HQ, NORAD.

Doug served as the Co-Chair of the ICAO UASSG, and the Vice-Chairman for EUROCAE WG-73. Doug resigned from the FAA in May/09, still staying in the Unmanned Aircraft community. Doug is currently with New Mexico State University Physical Science Laboratory where he is the Director for Global UAS Strategic Initiatives. Doug is co-chairing the SARP along with Dr. Steve Cook from Mitre and is the Civil Air Navigation Service Organization (CANSO) Representative to the ICAO UASSG. He is currently serving as the Technical Advisor to the Chairman of EUROCAE WG-73 and leads an independent team of UAS and Airspace Subject Matter Experts called the Global Airspace Integration Team (GAIT).