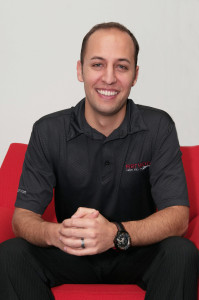 Kroetsch earned his BASc and MASc in Engineering from the University of Waterloo and began his career in Aerial Robotics in 1997 when he founded the Waterloo Aerial Robotics Group, an organization that he managed for 6 years.

Kroetsch has been a Director at Aeryon Labs since 2007.