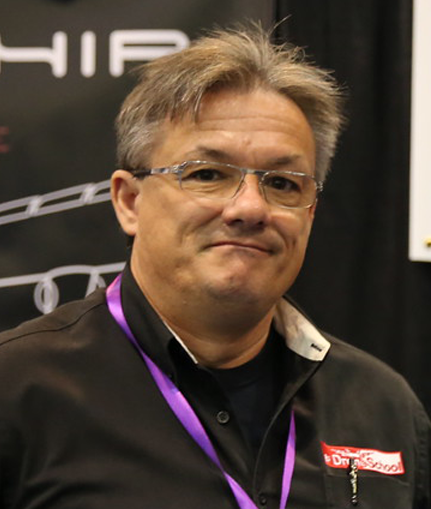 Werner von Stein a native German from Hamburg, He is a tool and die maker by trade. He worked for more than 30 years in the imaging industry where he held multiple positions, from field service engineer up to service manager from the west coast to the Marshal Islands, looking after 12 field service engineers.
In the mid 70’s he started building and flying RC airplanes and helicopters. Those were very different back then. He put his hobby on hold for about 25 years as work, family and travel came first. In 2010 he started to get slowly back into the RC world by building again RC aircrafts, but this time with cameras as well as video on board. Again those where quite different, expensive and big and did a very poor jobs. After playing with different flight controllers he finally found the one which worked best for him the DJI Naza series. The launch of the DJI Phantom was another game changer.

Due to his photo service obligations he never really had the time to get really back into to a RC world of flying. Every time he tried to focus on the UAS side of things, a photo customer would call and needed his services, as they were down. Now another six years later it is finally time to put the photo world behind and start focusing on the UAS, drone business.

Werner has helped to start the Hiller Aviation drone plex and has volunteered many hours as well as he has been teaching drone building classes at the museum. He has been an active drone member in the bay area and has helped out at many drone events in Northern California. He has hosted the Hiller Aviation physical flying days for their summer program on Treasure Island so that the camp kids would be able to fly outside of their drone cage. He is and has hosted most of the physical flying classes for the San Francisco Academy of Arts drone courses on Treasure Island as well. He is an active member of the northern California AUVSI chapter.

Werner is the owner of the SF Drone School where he teaches young kids as well as older folk’s how to fly safely in the US airspace. He has a 14CFR part 107 UAS pilot license and a 14 CFR part 102.29 day light waiver for the US. He strongly believes that only a properly trained pilot is a safe UAS pilot. He was one of the first beta testers for DroneDeploy when they still used the copilot program as well as one of the first DroneDeploy DJI APP testers.

He is now focusing his work load on the SF Drone School as well as the test flight research center. In April 2017 SF Drone School started to host 14 CFR part 107 class as well as flying course for the upcoming UAV – drone pilots. From building them to flying, training repair them we do it all. He is one of the first UAS FAAFast team members in the Bay Area. Who is actively promoting to fly UAS’s safer in US airspace. He one of the X-Class drone racing founders and is working closely with Conta Costa County to implement a school drone Steam building program.
He still has the time to fly weekly mission on and over Treasure Island on behalf of the main contractor using his various airframes. He is flying actively mapping and surveying jobs for the Public Works department of San Francisco. As well as other companies from time to time.