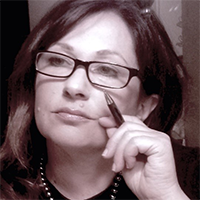 Karen has played a key role in the Unmanned Aircraft Systems arena.  She brokered and provided legal and operations support to the $165 million dollar ERAST Alliance, a nine year partnership with industry to develop and flight-test high altitude long endurance (HALE) UAS.  She was a primary catalyst for the formation of the UAS National Industry Team (UNITE) in 2002.  She worked closely with leaders of major UAS manufacturers to convince NASA, the FAA and DOD to address integration of UAS into the national airspace, resulting in the Access 5 Program, for which she negotiated the $101M legal agreement. In 2004, working with the White House Office of Science and Technology Policy and DHS, she facilitated an interagency planning exercise under the JPDO that culminated in a report entitled The Impact of UAVs on the Next Generation Air Transportation System. She architected NASA’s Other Transactions Authority (OTA) contracting practices, and negotiated and administered OTA agreements worth hundreds of millions of dollars, including the NextGen Institute.  An expert in public-private partnership (and recipient of numerous awards), she was recruited to orchestrate partner relations for the Next Generation Air Transportation System program.   Outside of drones, she has worked with thought leaders in the computer field, notably Dr. Douglas Engelbart.  In 2018, she was the Program Manager for the Engelbart Symposium, celebrating the 50th anniversary of the landmark demo   that spawned personal interactive computing.  She advises companies and nonprofits on networked solutions to complex problems.